Skip to content
Previous Next
Coaching as a Leader: Building Team Health (Part 3) 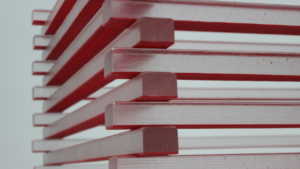 In my previous blogs in this series I’ve talked about ways to continually grow and bridge the gap between being a leader who is a driver and needs to get things done, while simultaneously making sure the folks who might report to you or work on our teams feel supported, safe and accomplished. When we are intentional as leaders we’re able to be present, when we collaborate we are seen and are seeing important growth within people, which all paves the way to building trust.

Safety in Confidentiality – If you work for a large organization, there are likely HR policies in place that protect employees when they share personal information. But what about when there’s an inner team struggle that doesn’t fall into one of those categories? Or a person is having a severe case of impostor syndrome? Or maybe it’s a minor rift with someone on the team? Many years ago, when I worked in mental health, I was a manager of an inpatient clinic. I had an employee who was interested in exploring another position internally that was possibly a better fit for them. This employee was super worried about their fellow teammates finding out because they didn’t want to appear like they weren’t dedicated to their team or the work, but instead wanted something that played better to their strengths. There were individuals on this person’s team who had inklings they may be looking elsewhere, but I was Switzerland. I knew that the moment I broke this person’s trust I wouldn’t get it back. And at the end of the day, they didn’t end up wanting the opportunity, and stayed with their team. We owe it to folks to be able to explore other possibilities for the sake of growth.

Autonomy & Self Organization – If you work in a place that uses agile practices, the word “autonomy” is probably something you keep top-of-mind. If you’re unfamiliar with agility, a big component of this mindset and practice is to have autonomous, self-organized teams. The purpose of this is to trust the teams enough to know they’re going to make the right decisions without everyone being under a microscope.

At one of my coaching gigs I had two teams under the same organization, and it was a tale of two very different managers. One of them wanted to be a part of every single decision that was made. At every meeting they weren’t simply present to observe, they were there to steer the decision-making at every turn. If a team estimated time on a project, or the size of a project, or the work itself on that project, they would always interject his preference, and the team would of course feel obligated to go with whatever their boss said. Every time someone on the team had to change something on that project, or if something changed and they had to adjust, they had to get the green light from their manager. Every. Single. Time.

The other manager was more pragmatic and allowed for his team to do some timeboxed discovery work to try and help them collaboratively determine the best path forward. While they were usually in attendance during these meetings they chose listening over speaking, because they trusted the teams to troubleshoot together for a solution. The team made decisions together, and usually their manager was there to hear them so they maintained a collaborative nature; their manager asked powerful questions when needed, but stayed out of their way to let them get their work done.

Measured over time, which team do you think got more done, and faster?

Go to Bat for Your People – As leaders many of us have found ourselves in situations where our team or a person on our team is stuck, unable to move forward, or just plain feeling some painful effects from something that they did not have direct control over. While I always encourage teams to problem solve with each other before raising it up, sometimes that’s just not possible.

A while back while working in the technology space I ran into an issue with another group my team worked directly with, at the same organization. This was at a massive healthcare company, so many teams had to work together to get things done. I started to watch my team suffer because of another group’s lack of communication and foresight – meanwhile, my folks were trying to work as fast as they could, but to no avail. The problematic team’s manager didn’t want to listen to problem solving – they were worried about their own deadlines and clearly couldn’t prioritize us. My team was filled with motivated people who cared a great deal about what they produced. I was stuck. So, I went to my boss’s boss – A VP – to see if I could get some insight. This VP went above and beyond, arranging a time for the 3 of us to meet to chat about how we could better work together how we could better empower the teams to work better with one another. The problem wasn’t solved overnight, but it planted the seeds for a lot of success and healthy relationship building on both sides – one that the VP and I always needed to keep a pulse on well after that conversation. None of that would have happened without my VP standing up for what they believed was right for our people. The team couldn’t believe someone “so high up” cared that much. The team was worried this problem was going to exist forever. Having the push for change empowered the team to come forward when a challenge was truly out of their hands.

There are so many opportunities for us to keep a pulse on the health of our people and our teams. There’s tons of trial and error, and we’re going to screw up sometimes. Building ways to do so takes intention from leaders to be involved (but not too involved), collaboration to gain understanding of team dynamics, and trust, so that folks will share with us when needed and make way for them to believe not just in us, but in themselves.

This blog was written by our guest blogger Tara Swanson. Connect with her on LinkedIn: www.linkedin.com/in/tararogan/

Get Your Score
Go to Top