Skip to content
Previous Next
Play the Infinite Game 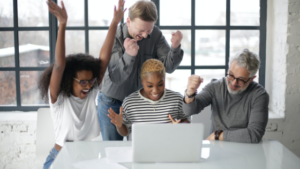 In the book The Infinite Game, author Simon Sinek discusses the idea of life and business being an infinite game.  That means there is no winner, there’s just the journey in the game that continues on.  Our goal is not to “win” at life or business, it’s to always be playing, always be moving forward.  Life is a never-ending game right until the end.  You’ve never been a funeral where they announced that someone had won life.  It doesn’t happen that way.  So why do we spend so much of our time trying to win, trying to beat someone – a customer, client, or competitor that doesn’t even know you are trying to beat them?  They aren’t playing the game with you.

“You are more powerful than you think you are, act accordingly.”  – Seth Godin

We see life as a finite game, where there is one winner and a bunch of losers, where we are measured around how successful, how much revenue we make, how many clients we have, etc.  There’s a reason that some high revenue, high margin organizations are unhealthy, and some successful business leaders lead miserable lives, and smart ideas don’t always survive. We think the goal is to win. We think we are getting up every day to win at something, and we never slow down to realize that we are playing a game with no winners and losers.  We are playing an infinite game.

What kind of player are you?  A finite player sees the finish as winning something or causing someone else to lose.  We have to beat our competition, we have to beat our record.  The infinite player expects surprises, they don’t expect everything to go as planned because they know they are not playing for the win, they are playing for the long-haul.

Life and success are an infinite game. There is no winner, there is no end. It’s not like a football game with there’s a clear winner or loser at the end and there are clear rules on how you have to play the game. Success doesn’t work that way.  We are never done, it’s never over.  We get up each day and make the decision to play again.

“Our greatest fear should not be of failure, but of succeeding at something that doesn’t really matter.”  – D. L. Moody

In the infinite game, your head is a horrible driver.  It only focuses on the superficial that we can see and measure.  Follow your heart and your intuition and you will stay in the infinite game.  Each of us has an opportunity to choose which game we want to play.  No one ever gets to the end of their life and says, I did too much, I accomplished too much, I loved too much, I experienced too much.  The majority of us get to the end of our lives and think – I wish I had taken more risks, I wish I would have believed in myself more, I wish I would have spent more time doing fulfilling work, I wish, I wish, I wish.

Play the infinite game and dream bigger, dream of something that doesn’t involve money or winning or a finish line.  Define your success based on your purpose and the impact it has had on yourself and others. 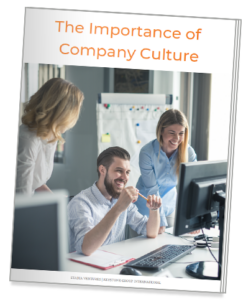 Our Culture Guide is a great resource to understand the importance of culture and a tool to improve it.

Get the Cuture Guide
Go to Top